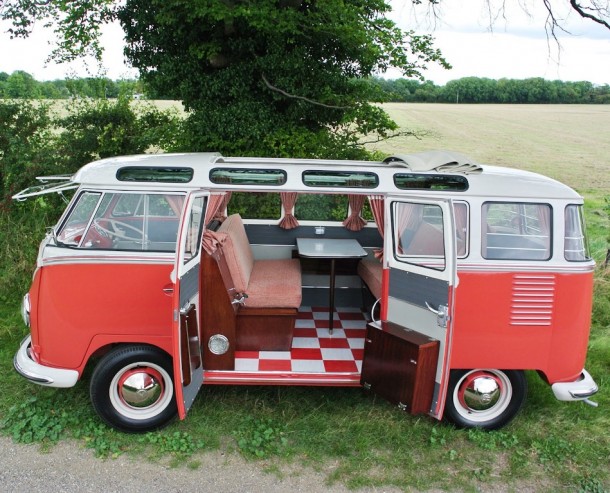 IF you’re in the market for a classic car, a VW camper, or just love to view them, get yourself to Ascot on Saturday (11th).

More than 70 classic and collectors’ vehicles will be going under the hammer at Coys ‘Spirit of Motoring’ auction.

The wide selection on offer dates mostly from before the Second World War up to the 1970s. Marques for sale include Jaguar, Mercedes-Benz, Porsche, Ferrari, MG and Bentley and Rolls-Royce.

The sale will feature a 1967 Austin Mini Mark II unearthed by Coys specialists in August, which has stood untouched and unused in a garage for 23 years. The car was purchased new by Mrs Tuffin, who used it until her death in 1991 and has not seen the light of day since then.

Chris Routledge, managing partner at Coys, said: “This is one Mini not to be missed! It is the ideal investment and restoration project given that it has only covered 43,446 miles from new. At No Reserve, this will definitely attract much interest.”

The auction will also feature a rare 1960 Volkswagen Type II 23 Window Split Screen Samba Deluxe Devon camper. This is one of only five known 23 window deluxe vans with original Devon interiors and one of two with rare ‘special order’ mahogany interiors.

This VW camper underwent a meticulous restoration and is described as being in excellent order in every respect, finished in sealing wax red and beige grey with a contrasting blur grey and dark grey interior. With only 70,000 miles two owners from new it is has to be one of the rarest and finest examples in existence today. It is estimated at £82,000 to £92,000.

After returning to the motorcycle market with a world-record breaking sale in July, Coys will be auctioning a 1943 BMW 750CC R75 ‘Afrika Korps’ Military Sidecar, a ‘must have’ for any serious collector of automotive militaria. This superb example of one of the most famous military vehicles of WW2 comes complete with spare wheel, the stickers of the ‘Afrika Korps’ and the Italian libretto. It is estimated at £45,000 to £48,000.

The auction will start at 1.30pm on Saturday, October 11 at Ascot Racecourse, Ascot, Berkshire, SL5 7JX.