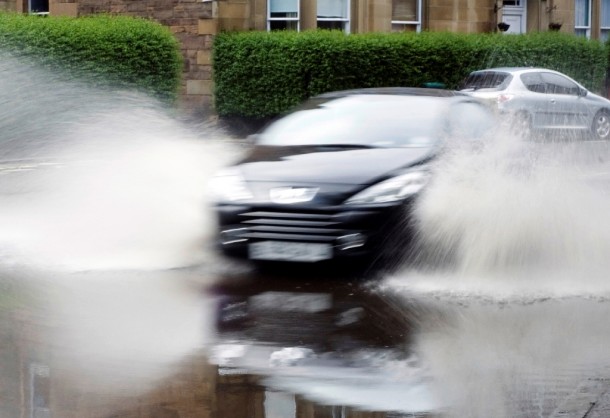 WITH wet weather becoming ever more common as winter approaches, a survey has revealed almost three-quarters of drivers are not correctly prepared.

Tyre safety campaign group Tyresafe says that many drivers are at an increased risk of being involved in a collision. The results come at the start of Tyre Safety Month.

“Without adequate tyre tread depth, your car may be unable to cope properly in wet conditions, causing problems such as longer stopping distances, loss of grip and even an increased risk of aquaplaning,” explains Stuart Jackson, chairman, TyreSafe. “Last winter was the wettest ever on record and it’s essential that motorists check their tread depth at least once a month to ensure they can cope with any similar weather which we may experience again this year.” 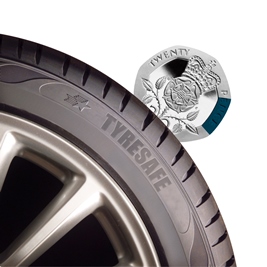 Current UK law requires car tyres to have a minimum of 1.6mm of tread depth yet more than a quarter of those questioned thought the legal limit was less than this. Underlining the level of ignorance regarding tyre safety laws, more than 80 per cent respondents were unaware that the maximum possible fine for driving on an illegal tyre with insufficient tread depth is £2,500.

Most drivers (80 per cent) were aware of the phenomenon of aquaplaning, a dangerous situation caused by lack of tread depth on wet roads, where the car’s tyres lose complete contact with the road surface, leaving the driver without any control. However, more than half of drivers stated that they would react in a manner that would either make matters worse or have no effect on an aquaplaning car, such as pressing the brake to slow down.

“Avoiding wet weather problems such as aquaplaning, can be easily achieved by regularly checking your tyre tread depth,” adds Jackson. “It’s a very simple and quick job to do your yourself – all you need is a 20p coin, or alternatively you can visit one of the thousands of garages and tyre retailers around the country who are offering free tyre safety checks as part of October’s Tyre Safety Month.”

To find the location of an outlet supporting Tyre Safety Month, simply visit the TyreSafe dealer locator found at http://tyresafe.org/

Meanwhile, anyone keen to check their tyre tread depths themselves simply needs to place a 20p coin into the main tread grooves of their tyre. If the outer band of the 20p coin is obscured when inserted, then your tyre tread depth is above the legal minimum limit. However, if the outer band is visible when inserted into the tread, your tyres may be unsafe or illegal and should be checked immediately by a tyre professional. When checking your tread depth, ensure you check at least three locations around each tyre.

For more information about any aspect of tyre safety, visit